Panait Mușoiu – the anarchist in his den 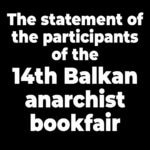 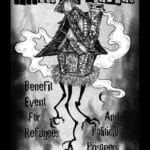 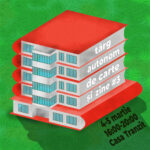 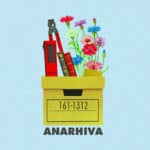 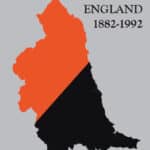 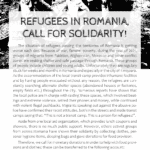 Panait Mușoiu (1864-1944) lived for a while on an alleyway next to Văcărești Street. A sort of Thoreau from the slums of Bucharest, “Pious Panait” as his friends jokingly called him was one of the shabby Jewish neighbourhood’s most familiar faces. Some kind of an eccentric wiseman, the anarchist Mușoiu gained the admiration of those dwelling in the slum, being both trusted by its bandits and esteemed by its scholars. The door to his small room, packed to the ceiling with labyrinthian rows of brochures, books, and periodicals, was open day and night. The unsuspecting guests would find a note on the table, encouraging them to take whatever they pleased, leaving some money, if they had any, on the table for future publications.

One of the most lively depictions of the tireless sociliast publicist was passed down to us by Isac Peltz, the chronicler of Văcărești Street, who provides a colorful account of “Moșeanu” the anarchist. Without going into the details of his life and fascinating activities, mostly forgotten, some of the lines devoted to him by this notable writer from Bucharest might offer a more nuanced idea of who this “odd man” – as the poet Arghezi once called him – really was:

“He had the head of an expressionist painting: his long hair covered the collar of a Russian shirt, his green eyes, neither warm nor cold, gazed impassively at this world, awaiting a better one; his grand, dominant forehead – all covered in furrows – bore the signs of the countless thoughts passing underneath. Moșeanu lived in a single room, brimming with books, with little space left for his iron bed and a simple desk. He would work all day long, drawing up a lengthy magazine (Revista Ideei – our note), and in its pages were gathered all the aces of philosophy and of classic, modern, or contemporary sociology – from moderate conservatives to the catastrophic extremists. In his mind and under his quill the anarchist gathered all of them. From time to time the man would be visited by some pale youth, overwhelmed by their revolutionary readings and projects. Living in attics and basements – devoid of sun, air, or food – lacking the touch of a mother or a lover, ragged, sleepless and always hungry, these youngsters would linger for hours, days, and sometimes nights at Moșeanu’s place, caught in heated debates about the future world… Not enrolled in any party – beyond any discipline – they saw an ideal for life in this man that had isolated himself from his fellow humans between books. In helping him they thought that they would help fulfill the ideal for which they sacrificed everything: family, wealth, profession, love…

Moșeanu was held in high esteem by his neighbours, who venerated him for the contempt he had demonstrated towards humanly needs; the suburbanites knew that the anarchist wouldn’t swallow any cooked meal for months, that he would never light his fire, sleeping in his cold oubliette even in times of Siberian frost… When asked about Moşeanu, Marcel, the leader of a band of eight brothers, thieves and well-known convicts would always say: – He’s screwy!

Old Elanin the talmudist, who would also consume just one meal every two days, toiling for nights on end over the pages of sacred Jewish prints, thought of him as a martyr. – Such a person, the old man would say, fondling his snow-white goatee, is born rarely!”

Isac Peltz’s fragment is illustrated by a linocut depicting Mușoiu in his “den”. The recent piece was created by a member of our collective, using acryl (instead of ink) and coloured pencils, being baptised (how else?) ”Panait Mușoiu in his basement”.